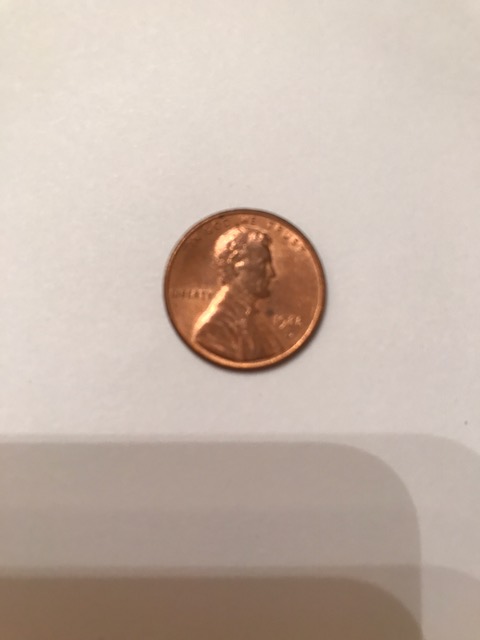 July 25, 2021- “All the world’s a stage, and all the men and women merely players.” William Shakespeare (aka Francis Bacon, a Freemason)

I think the following link is the playbook that the ruling elite is using to rule the world.

I believe they took over control of the world around 12,000-14,000 years ago when they started the agrarian society. Up until that point, humans were living by hunting and gathering. A group of cunning and manipulative but very intelligent people who had learned the science of cross-breeding  and domesticating plants and animals knew that hunter-gatherers would give up their harsh lifestyle if they could obtain food with convenience and comfort. This in turn would allow the ones growing the food to become the landowners and develop a class based system.

To maintain control, they developed an astrological system in which the zodiac signs supposedly determined the fate and future of the world. If people actually believed that they could not control their own destinies, they would just “allow nature to take its course” and resign themselves to their fate and not fight it. You can think of the 12 zodiacs as basic “movie plots” involving certain types of characters. Since that time, the landowners have had a secret army of people/actors  (Freemasons or related secret organizations) acting out those zodiac “movie” plots. For example, you will see these days in many stores people wearing masks even if they are not required to do so by law. I confronted one of them today and she practically admitted to me she is a Freemason. Currently, their duty is to wear masks and act like there is a deadly coronavirus pandemic with a variant on the rise.  Looking back at the above link, all of the “history” that happened in the zodiac ages was nothing but scripted movies acted out by the Freemason slaves. The world is just one giant stage for the ruling elite to play out their running movie. All the buildings (like the World Trade Center) and other constructed objects are merely props for their continuously running movie. Nothing is real.

The zodiac ages are to give the illusion to the people that there are celestial forces at work beyond their control that are shaping their everyday lives. This is also why the ruling elite publish their agendas – if we believe them, they become self-fulfilling prophecies. The author of the above link takes the zodiac ages seriously and states that we seem to be heading towards extinction. As I’ve noted below, this is not by happenstance. A lot of us will be headed to extinction by design unless we wake up and realize how they have set us up. We need to turn off all media so that we can cut off their access to our subconscious. They are trying to subliminally message us into doing what they tell us to do. They cannot get their wish if  your subconscious never sees or hears their messages. Then you will be in control of your own fate.

July 19, 2021- I believe that I have discovered an important link between the 5G/microwave energy weapons and severe health effects, including death, that result. In his research at https://ecfsapi.fcc.gov/file/7521102473.pdf, Dr. Martin Pall states that the microwaves and other low frequency electromagnetic fields activate the voltage-gated calcium channels, causing elevated intracellular calcium levels. Calcium can have deadly effects if you have too much of it in the body. I discovered this link because I was trying to figure out why my mom was forcing me to consume as much dairy as possible (especially when I do not like dairy at all). She would make items for dinner that contained yogurt, would pretend to buy ice cream for herself and then say that she didn’t like it so that I would finish it, would take my mug of milk from me and say that I wasn’t drinking enough and fill it to the rim, and many many more examples. Even after I fled my house on Easter, she would suggest that I buy certain items that contain yogurt and even got together with Baskin Robbins to send a free ice cream coupon pretending that they had forgotten her birthday scoop. That clearly shows the companies are involved in this attempted genocide. Once I stumbled upon the calcium link to electromagnetic fields, I started realizing why the ruling elites had pushed dairy so much onto people. They started this over a century ago when they “created” breakfast cereals which they suggested would be best consumed with milk. Then they had the “Got milk?” commercials and milk mustaches. They have also heavily promoted cheese. If you look at the typical American diet from over 100 years ago, it did not include this much dairy. I also noticed how most processed foods contain calcium as a preservative. They also got people to start making “healthy” green smoothies. Green vegetables tend to be higher in calcium, which is fine if you eat them in normal amounts. By making smoothies, you end up consuming a much higher level of calcium. The same is true with almond butter and almond milk. Almonds have a higher calcium level, but you would be consuming a great deal more by condensing it into a type of butter or milk. Avoid chia seeds as they are very high in calcium.

They have created a 3-prong approach to calcium to kill you. First is to increase calcium in your diet as much as possible as listed above. Second is to promote foods like apple cider vinegar and a high protein diet to strip your bones of calcium. They also add EDTA as a color preservation agent to many processed foods like salad dressing. Essentially EDTA will chelate the calcium from your bones. The third prong is to promote foods that will indirectly increase calcium in your body such as estrogen rich tofu. Increases in estrogen causes increases in copper which causes increases in calcium. The same is true for copper rich cashews.

I am 100% sure that if we cut out dairy and all processed foods, we will have a greater chance of surviving these energy weapon attacks. Perhaps adopting a paleo type of diet would be ideal. It is hard to do once we have gotten used to processed foods, but I believe it’s a matter of survival.

June 19, 2021- The following site was warning a long time ago that the world health organizations along with the pharmaceutical industry would plan a health crisis resulting in mandated vaccines. It looks like the purpose of the “coronavirus” vaccine is to inject nanotechnology into humans. http://mobile.dudasite.com/site/preventdisease?url=https%3A%2F%2Fpreventdisease.com%2Fnews%2F09%2F100509_injectable_nano_microchips.shtml&utm_referrer=https%3A%2F%2Fr.search.yahoo.com#3037

June 16, 2021- You can find a great summary of the legal status of the US at the following site: https://wakeup-world.com/2015/12/02/proof-that-the-usa-is-controlled-by-foreign-corporations

June 7, 2021- On July 9, 2021, the World Economic Forum will be running a simulation for a potential cyber pandemic, much like Event 201 which preceded the coronavirus. How could they possibly know a cyber pandemic may occur, in the same way that they knew a pandemic was going to occur? Coincidence?? Nope. The coronavirus is a sham and was planned by the ruling elites long time ago. The upcoming cyber pandemic will have scary consequences. Click on the following link to see what’s in store: https://sociable.co/../prepping-cyber-pandemic-cyber-polygon-stage-supply-chain-attack-simulation

June 1, 2021- As I’m driving through North Carolina and Virginia, I’m seeing something interesting. There are Hispanics cropping up on street corners or outside of stores holding signs saying they are out of jobs and homes and need help. I had gone up to one of them and asked him what was going on. He responded in English that he “didn’t have papers” (meaning illegal) and that he used to work in a hotel as part of a cleaning crew but lost his job and house and now he had nothing. I first asked him why would he admit to me, a  perfect stranger, that he was illegal? Then I asked him how he could be without shelter if his beard was neatly trimmed, hair was perfectly washed and combed, and clothes were neat and clean. Suddenly he pretended he couldn’t speak English. I then asked his little son what he had for lunch and the father told him in Spanish not to respond. The boy kept saying “No questions”. Obviously the elites are trying to show that “illegals” are overrunning our country and ICE won’t do anything about it – further “breakdown of security”. The truth is that there are no illegals in this “country” because each country is a corporation that is owned by the Vatican, the Jesuit bankers, and royal families of Europe.  All of our so-called politicians and leaders are just actors to give us the illusion that we live in a democracy. Please visit http://www.worldnewsspell.com and read all of the archives on the site for the truth!! END_OF_DOCUMENT_TOKEN_TO_BE_REPLACED

This is a text widget. The Text Widget allows you to add text or HTML to your sidebar. You can use a text widget to display text, links, images, HTML, or a combination of these. Edit them in the Widget section of the Customizer.